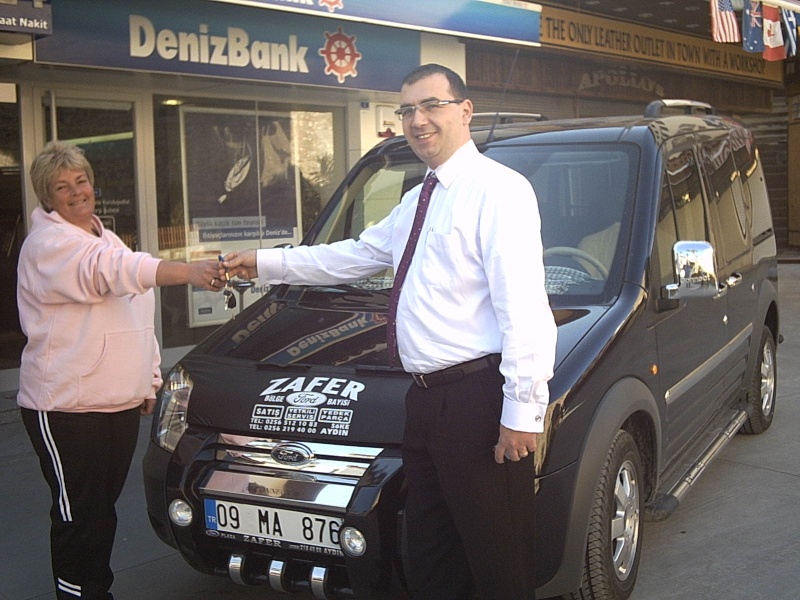 Some years ago I made a statement about a bank The Deniz Bank. When we first come here like most of us expats we followed the lead of the emlaks I myself made my own discovery, after some homework the statment was the bank that likes to say yes!!. They were the first bank to give expats credit cards, Mortgages ,Personel loans, Internet banking , ect ect all the things you have trouble with in the uk, and most of all the personal touch!! this its self counts for allot. The staff now have a good command of English and most of all understand what we need. I find the look after your money as if it were there own. And now there stock market standing will develop upwards with this large increase in capital from its HQ.
We use the Deniz bank behind the caravanseri Alper and his team are brill!!!

"These resources will add capacity for DenizBank to finance its superior and profitable growth in the strongly developing Turkish banking market," Dexia said in a statement.

The additional capital will increase DenizBank total shareholders' equity by 24% to 2.1 billion YTL.

In 2007, DenizBank's expansion was marked by a 22% increase in the number of branches in Turkey (320 at the end of December), a growth rate twice as big as market growth.

"The number of salespeople increased by 33%, total loans jumped 51% to 13.4 billion YTL and deposits grew 21% to 10.8 billion YTL. Profitability remained strong with a ROE of 22.5%. DenizBank is developing further in 2008 and 80 new branches are planned this year. Key growth segments remain Retail, SMEs and Commercial clients, in line with the bank's strategy,"