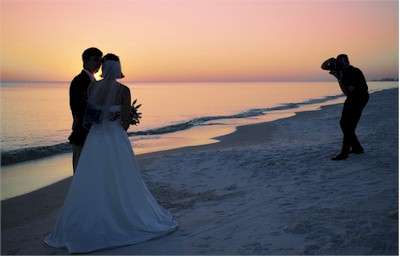 If you have always wondered what the trick is to sounding 100 percent Turkish without using long difficult sentences or even just cursing through adding suffixes, this list should help. (While in other countries people get lost mid sentence, Turkish language learners have found that they get lost mid word).

Below are some expressions, which you can use at your own discretion and risk. Be sure they will wow and impress Turkish friends, your landlord, the bakkal, taxi drivers. But if they know you don't really speak Turkish and are just pretending, be prepared for chuckles. If nothing else they will be flattered you are trying to tap into the nuances of their language.

Tsk!  Made by squeezing the tongue in between the front end of the upper palate and front lower gums and by pulling it back fast, it is used to mean no with a slight nod of the head toward the back. It can also be used as a reprimand when accompanied with a slow shake of the head from left to right.

Yooo (instead of yok)  Pronounced yo'oh, it is used to replace no in more informal conversations. Of ya!  Of ya is used to express frustration and disappointment. You can prolong the a at the end to accentuate the feeling.

Bu ne ya!!!  Yet another expression to convey frustration. Literally meaning, what is this? the expression also shows anger over injustice.

Yuh be (Read yooh beh, with the h silent as above)  Communicating a surprise over the sheer volume of something, it is accompanied with a throw of hands and arms into the air to accentuate the meaning.

O-ha  Along with Çüş (read chush, with u as in the u in cubicle), the words convey surprise over an unexpected condition. Can be used angrily to a careless driver. The o in o-ha can be prolonged to accentuate the meaning, where as the same can be done by accentuating and prolonging the ş in çüş.

Vay be  Read vhy beh, with a silent h, it expresses surprise. Maşallah  Used to praise qualities of something or someone. Men can use it to convey their likes for female passers-by on the streets. İnşallah  The literary meaning of the word is if God willing. It is used to express hope that something will happen.

Allah Allah (thicken your ls)  Expresses wonder. Reprimand can be expressed if accompanied with slow shake of head from side to side or anger if used with the throw of one hand in the air toward the front. Allah!  Use it when in danger. It is the name of God and a call upon him to save oneself from deep trouble. You will know if he does. Survivors live to tell how God helped them at the most difficult times.

Hadi ya!  Expresses disbelief. Use with arching of brows to the top and opening of the eyes wide to better get across the feeling.

İnanmıyorum!  The literal translation is: I cannot believe it! Used to express happiness or anger. The trick is using the correct tone of voice and gestures. Also the u at the end can be prolonged when conveying happiness.

Çok güzel  Everything is beautiful in life. If you ask Turks how dinner was the night before, it was çok güzel. The movie's çok güzel. When asked how something is/was, avoid complicated answers by saying çok güzel.

Öyle mi?  Is it the way? It does not convey genuine disbelief but is just a phrase to keep the conversation going.

Gerçekten mi?  Really? Yes, we really use this one very often.

N'apıyorsun?  It is the short hand version of ne yapıyorsun? (What are you doing?) Do not pronounce the r and you will sound very Turkish. You can use it as the second sentence in a phone conversation. For example: Alo, merhaba. N'apıyorsun? N'aber?  Used instead of ne haber, the literal translation is what are the news?

When sending text messages, the shorthand version is nbr?

Ne var ne yok?  The Turkish version of what's up? Nasıl gidiyor?  Literally meaning how is it going, you would sound very Turkish if you pronounce it as nası gidiyo? Yürü be!  A fun expression to convey disbelief. mi/mı/mu/mü: the quintessential doubter's suffix: If you ever make a statement that on second thought you shouldn't have... Or are not getting social clues that it has landed on the ears of your collocutors, just add a mu? at the end. This can even come after a pause, or you have well finished the sentence and a few seconds have passed. For example: Hadi gidelim... mi?


Disclaimer: The TDN does not take responsibility for funny looks you may receive while using these expressions. Please practice under native Turkish supervision. 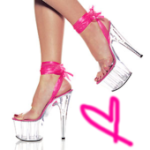 Great post Michelle! Definitely essential phrases to know when learning turkish; you can get away with a multitude of sins

Great and helpful post Michelle! Since I only know a handful of words, so the article it is lost on me I´m afraid.


Efendim? Sounds rather rude like; are you effing dim or what ha ha ha?

Think I will be using this one a lot lol!